As well as being a college English teacher, I am a certified fitness instructor and a registered yoga teacher. I wear a pedometer, and try to exercise every day. I play tennis, I run, I train with weights. My yoga/gym clothes outnumber my ‘street’ clothes. 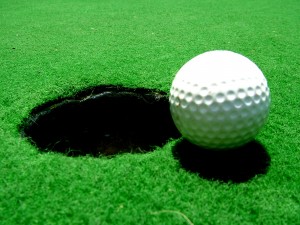 My love of physical fitness is something to which I came only recently. As in, within the past six or seven years. My motivation came from approaching forty and feeling fat and sluggish – but the real question, I think, should be “how come I wasn’t motivated before?”

As teachers, we often agonize over how to motivate our students. One factor that we should consider, it seems to me, is overcoming demotivators. I wasn’t motivated to become fit or athletic before, because I encountered discouragement early in my schooling, and never questioned or challenged that demotivation. So even though I was aware, in theory, that being active and eating well were good for me, in practice, I tended to avoid sports and exercise because I was shut out of that world as a young student.

Think back to elementary school (ages five to twelve, approximately). In my elementary school, one of the few male teachers was Mr. X, the gym teacher, who was very much the stereotypical gym teacher: he wore shorts all the time, gave everyone nicknames (it’s thanks to him that I actually avoided “Maggie” until my early 20s), and used physical activity as punishment (i.e., laps, pushups, or, worst of all, standing with arms outstretched at the front of the gym until class was over). Mr. X was not inherently mean or actively discouraging, but like many athletic people, felt most at ease with other active people. This was manifested in gym class in his (presumably unconscious) preference for students who were active in sports outside of gym class. So students who were on the soccer team, or participated in track and field, or played hockey, were his buddies even before the school year got underway. Those of us who were not active – or at least not within his radar –  were presumed to be less capable, and less interested. His attitude toward us was tolerant condescension, at best. I recall many “good try” comments, but I don’t recall much actual instruction or constructive feedback.

By the time I got to high school, I –  along with most of my classmates –  had been conditioned to believe that one was either a jock or not. All of those formulaic teen movies, wherein the captain of the football team and the head cheerleader not only naturally are a couple but also are anti-intellectual, are based on a general truth, in my experience. Granted, I attended a very large high school, so perhaps cliques were inevitable, but believe me, in choosing to join band, I was tacitly choosing not to join the sports teams. In high school gym classes, those of us who were by default not jocks perpetuated the division by participating half-heartedly, by ‘forgetting’ our gym clothes, and, in the case of the female students, succumbing to menstrual cramps two or three times a month.

In my last year of high school, our gym class for one term was golf (as a large regional high school, we had the good fortune to be located on the edge of town, right next to the local golf course. Of course, we were also right next to the penitentiary, so it wasn’t all rosy). For the first time in my academic career, I was on par with everyone else. Golf provided a level playing field (I would apologize for the puns, but that would be disingenuous of me). Since we were all starting from scratch, we all needed the same level of instruction. It turned out that I was actually pretty good, and I actually enjoyed the class. I got a grade in the mid-80s, and of course, in my eyes the teacher, Mr. V, was the best gym teacher ever (even though he, too, wore shorts all the time and gave people nicknames). Mr. V got along well with the football players and soccer players and hockey players, of course, but he always made me feel like I was welcome, and that I wasn’t by default incapable.

Reflecting on my gym class experiences, there are only two things I really remember: how much I hated gym class with Mr. X, and how great I felt in Mr. V’s class. I’m not typically prone to “what ifs,” but I can’t help but wonder whether my life would have been different if Mr. V had been my teacher in elementary school.

As a teacher now myself, I also wonder if I am Mr. X or Mr. V. Do students come out of my English classroom feeling motivated or incapable? How can I create that level playing field? I think we all like to think we’re Mr. V, with a touch of John Keating, Jean Brodie or Mark Thackeray, but sometimes it’s hard to connect with every student. Am I unintentionally distancing myself, as a teacher, from students who don’t strike me as natural writers or readers?

Perhaps more to the point as a Cegep teacher in general education, how do I deal with students who’ve already been turned off? Those students who arrive in my classroom convinced that they’re not readers or writers, and that frankly, this course is a waste of time. The students who can’t read the novel or write the essay because they got bored, or forgot the book at home, or have menstrual cramps. It’s one thing to provide the tools to help students develop their skills, but what do we do with the students who have been conditioned to believe that they just don’t have those skills, and therefore can’t use those tools?

Once again, my experience as a yoga teacher is permeating my thoughts as an academic teacher. More and more, I have adult students in my yoga classes who are trying yoga for the first time ever. It’s fascinating to see the mix of fear and excitement on their faces. They’re scared that they won’t get yoga, that they’ll fall over, or pass out, that they’re not flexible enough; they’re also excited that they’re trying something new. At the end of the class, I always ask the novices how they feel, and every single time, they’re so happy. Happy that they survived their first yoga class, happy that they got themselves to try it, happy that they didn’t pass out, happy that if they did fall over, they got up and kept going. Happy that they feel a little more bendy. These students come back.

Of course, these are the happy endings. There aren’t any unhappy endings, but there are plenty of unstarted stories –  the would-be yoga students who never make it to class, because they’re afraid they won’t get yoga, that they’ll fall over, or pass out, that they’re not flexible enough. The fear, or the belief that they’re just not “yoga material,” keeps them from ever taking that first class.

In the college classroom, particularly in general education, even the reluctant students show up, because they have to. But as we all know, being physically present in the classroom is not the same as being engaged. So we end up with students who show up, but are already lost. How do we get them back? Get them at least to try the things they’re convinced they cannot do?

My novice yogis tend to announce themselves to me, and when they do, I always assure them that I’ll help them, that I’ll give clear and repeated instructions, in two languages. I tell them to place their mats at the front, so they can watch me as well as hear me. During the class, I correct their alignment, then ask if they can feel the difference once they’re better positioned. I assure them that everyone around them was once also a first-timer, even me, and I congratulate them for taking the chance. After the class, I check in to see how they feel, tell them I hope they’ll come back, and remind them that now, they’ll always be able to say they’ve done some yoga.

I think that I do much the same thing in my college classroom. I give detailed instructions, plenty of feedback, and, I hope, encouragement. As the new semester approaches (so fast!!!), I’m resolving to bring more of the checking in to my classroom –  the ‘can you feel the difference when you change this’ and ‘how do you feel now that you’ve done it’ dialogue. I may also bring my students my Mr. X and Mr. V story, to illustrate how our early educational experiences, whether with teachers or environment, can affect our later attitudes, and to invite them to question their own approach to the classroom, the subject, or the task.

Any Mr. X’s or Mr. V’s in your experience? Any tips on how to identify and overcome demotivation?

One Reply to “Let’s get physical… or not”