As my final paper for a course on textual approaches to research, I wrote an autoethnographic* analysis of my own tattoos. The paper is my first real foray into this genre of research; arguably, the Fitness & the Academy poster involves some autoethnography, but given that (disappointingly) the topic was rejected as a paper for the conference, I feel I didn’t spend a lot of time on it, and that while it represents my thoughts on the topic, it doesn’t really delve into the topic as much as it would have as a paper. 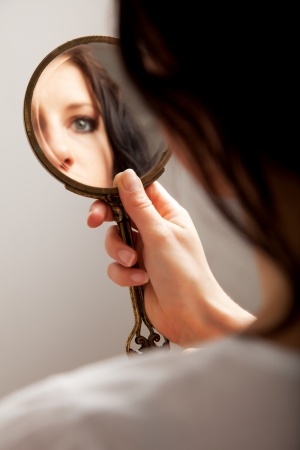 I am, generally, very happy with the tattoo paper, but I have to admit there is a small voice inside asking if it “counts.” Of course, it does, and in fact I’m hoping that my prof encourages me to submit the paper for publication** (gotta publish!!). I read a lot for this paper, and I’ve sprinkled ideas from those articles throughout, as springboards for my own reflections on my tattoo choices. I consulted other working women with tattoos. I interviewed my favourite tattooist – and underwent three hours of delicious agony getting a new tattoo in the process.

So, objectively, this paper “counts.” I guess it’s the word “objectively” that fuels that small voice, which, I think, sounds a little like my dad. A few weeks ago, my dad triumphantly thrust a copy of The Globe and Mail under my nose, and proclaimed that everything I thought was true wasn’t. He was referring to a column by Margaret Wente, in which she crows about the “doubts and scandals that have plagued the field” of psychology, because recent research calls into question the reliability of research from previous decades. Wente’s column is, unsurprisingly, flawed on several counts; in regard to my dad’s remark, though, the most relevant failing is the author’s lack of understanding of how research – not just knowledge in the disciplines – has changed in the interim; it is not that the research is now unreliable, it is that times and methods and even subjects have changed such that the results cannot be reliably reproduced. My dad is a retired metallurgical engineer whose 1966 BSc thesis was on non-destructive testing methods. My mum is a physicist who spent her career in research and development for Pratt & Whitney. I grew up in a home, and an era, that cherished the Scientific Method, and it’s clear that Wente feels at home there, too.

So again, objectively, I know that times and methods have changed, and I am convinced that the Scientific Method is often completely inappropriate as an approach to a given topic. If one were to write a paper on tattoos, using the Scientific Method, what results would be produced? Statistical data about how many of a given population has how many tattoos? Can we draw anything meaningful from this approach? I say ‘no.’ At the same time, writing about tattoos from a more holistic and humanistic perspective can be fraught with tension, if one were to write about why other people make decisions about tattoos. The safest, and arguably, most honest approach may well be autoethnography – as my own research subject, I can rely on my interpretation of the data and avoid any risk of appropriation of voice or culture.

But – and here we come to the crux of the problem, moving forward – of what value is my paper to anyone else? Although part of me is excited about the idea of publishing the paper, that small voice is asking why any journal would want to publish one person’s account of her own tattoos. And if I can’t quell that voice, it’s only going to get more insistent as I work on my dissertation papers – how can one person’s discussion of her teacher identity and how it affects her approach to assessment be of value to anyone else?

I know that there is value in the method, and I remain convinced that it’s a valid approach for my research. The voice will be still, eventually.

* Further reading: Butz & Besio state that “at its most basic, autoethnography may be understood as the practice of doing this identity work self-consciously, or deliberately, in order to understand or represent some worldly phenomenon that exceeds the self; it is ‘a form of self-narrative that places the self within a social context’ (Reed-Danahay 1997b, 9). It is becoming an increasingly common research and representational orientation in the social sciences and humanities” (1660).

Similarly, and perhaps even more pertinent in my research context, Hoppes writes that “by placing the writer in dual roles of researcher and research participant, autoethnography is a meaning-making tool that facilitates the exploration of identity” (64).

**which is why I haven’t uploaded the paper here.