At a recent family event, we (naturally) got into a lively discussion of statistics; we all agreed that the biggest mistake people make with statistics is to not demand context. So, for instance, a political candidate might capitalize on the fact that the poverty rate has risen to 13% – but conveniently leave out the fact that it’s risen from 12.7%, or that other measures might suggest that it’s actually fallen from 15% to 8% in the same period. 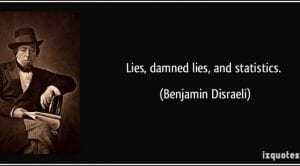 Also recently, a friend on Facebook asked for details about the new Quebec government’s promise regarding pre-K, and whether it would be mandatory (it would not be, according to the CAQ election platform). These two exchanges got me to thinking about the government’s stance on various aspects of education in the province, and in particular, in the cegep system. After all, in 2011, François Legault – now our Premier – told a crowd of supporters in Longueuil that “we should not have Cegeps” because while they were a great place to learn how to smoke dope, there was a significant problem with graduation rates.

Legault has backpedalled on this position; in fact, he and his team now claim to be big supporters of the Cegep model, which, they say, prepares students for university and professional development, and contributes to regional development. Legault still seems to think, however, that there is a dropout crisis in Cegep, no doubt fuelled by the fact that only 41% of pre-university Cegep students graduate in the two-year period allotted to such programs. That number, though, goes up to 68%, when we allow students more time. As a teacher in this system, I’m frankly amazed that as many as 41% are able to do it in two years – the course load is almost twice what they will encounter in university, yet we expect 16- and 17-year-olds to leap from the high school model to a self-directed model with nary a stumble. And if you’re thinking that 68% doesn’t seem like much, consider that despite the dire outlook of the CAQ, Quebec has more people with higher education than any other province: 50% of Quebecers between 18 and 34 have a post-secondary diploma, compared to 30% in Ontario. And according to the Conference Board of Canada, the Quebec Cegep system has had a significant positive effect on national post-secondary education rates:

One reason for Canada’s high ranking on college completion is the unique role of colleges known as CEGEPs (collèges d’enseignement général et professionnel) in Canada’s second-largest province, Quebec. CEGEP is a pre-university program offered after Grade 11 that replaces the extra year of high school provided in other Canadian provinces. As a two-year program, however, it also covers one year of community college. It is a prerequisite for university acceptance. CEGEP enrolment is around 150,000 per year. Between 1990 and 2006, college participation rates for those aged 17 to 19 were consistently above 35 per cent in Quebec, compared with only 10 per cent in the rest of Canada.

The fact is, as a province, we are increasingly educated: in 2009, 16.6% of the population between 25 and 64 years old (i.e., the working-age population) had no diploma; 20.9% had a high-school diploma; and the remaining 63.4% had at least a Cegep-level diploma or certificate. In 2015, the undiplomaed population had dropped to 12.8%; 68.5% had Cegep or better. Yet Quebec is still seen as the worst province for education, and it is certainly true that we don’t invest nearly as much as other provinces in education (and, in passing, the CAQ has promised to increase investment in education by $400 million annually, without raising taxes. I remain skeptical.).

There seems to be a gap between sets of stats. So here’s some context to help, I hope, bridge that gap. Yes, our graduation rate is lower than Ontario’s, but our pass rate is higher – that is, fewer students graduate, but that’s partly because they need a 60% in core subjects to pass, rather than 50% in Ontario. Furthermore, the studies that are typically cited tend to look only at pass/fail or complete/stall, without taking into account cultural factors. Quebec is the only province that requires some non-francophone students to attend school in French and restricts access to English schools. This restriction mean that students that come to Quebec from outside of Canada must attend school in a language with which they are not familiar, no doubt making it much harder for them to graduate ‘on time.’ The impact on Cegep studies is indirect – students can study at this level in either language, regardless of their eligibilities at primary and secondary – but it amounts to the same thing: about half of our students, depending on the college, are entering an English college from a French high school. Of course it will take these students an extra semester or four to successfully complete their program.

There is a generational and regional facet to these statistics, as well. In 2006, an astonishing 54% Quebecers over 75 had no diploma at all, while only 11% of Quebecers between 25 and 34 could say the same. Women are generally more likely to have post-secondary education in Quebec, if they’re under 55 – the gender divide reverses at that point. Regionally, Montreal skews the provincial average – in 2015, less than 9% of the Montreal adult population didn’t have at least a high school diploma (12.8% provincially), and 16% of adult Montrealers had post-graduate degrees, compared to only 8.7% across the province.

So, as with all statistics, context is key. None of this is to say that we shouldn’t invest more in Quebec education or that we should turn a blind eye to the problems that do exist. But we need to contextualize observations so we can invest wisely and provide support when and where it is needed.

UPDATE: yet more validation, in this article from the BBC, outlining how Canadian education at all levels compares favourably on a global scale. Our teenagers are among the best educated in the world, and

If Canadian provinces entered Pisa tests as separate countries, three of them, Alberta, British Columbia and Quebec, would be in the top five places for science in the world, alongside Singapore and Japan and above the likes of Finland and Hong Kong.

Powered by WordPress | Hosted by Edublogs | Protected by CloudFlare